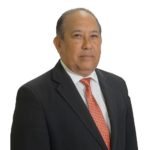 OCTA is pleased to welcome Mr. Juan E. Thijsen, recently appointed EU Representative for the Aruba Government, as the new President of the Executive Committee of the Association.

As the new President of OCTA’s Executive Committee, Mr. Thijsen will play a key role in maintaining a good functioning of the Association, as well as in the relations with the European Commission and other stakeholders. He will ensure this role until the next Ministerial Conference to be taken place later this year in Nouméa, New Caledonia.

What is the role of the Executive Committee?

OCTA’s Executive Committee is composed of 6 members and one President. Its objective is to translate political priorities set by the Ministerial Conference – OCTA’s highest decision-making body – into specific supportive actions in favour of the members of association.

For more information about the Association and its organisation, please visit OCTA’s website at: https://www.overseas-association.eu/about-octa/