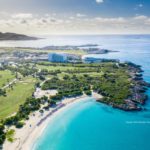 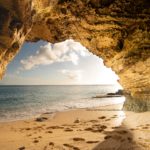 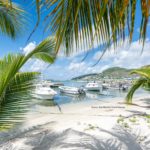 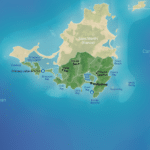 Sint Maarten is located in the North Eastern Caribbean approximately 140 miles from Puerto Rico. Its surface area is 41 km2 and its population 40 614 (2018).

The official languages are Dutch and English.

Sint Maarten
in a few numbers 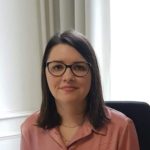 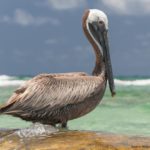 The island is divided in two, Saint Martin (French) and Sint Maarten (Dutch) and is the smallest landmass in the world shared by two independent states, France and The Netherlands. The island has low elevations and hilly terrain with the lowest point being the Caribbean Sea and the highest point being Mount William, 386 meters. St. Maarten is irregular in form because of the many bays and lagoons. Steep rocky coasts alternate with sandy beaches.

There is a gentle trade wind blowing in from the Atlantic Ocean. Average wind speed of 4.1 m/s; average temperature is 27°C in the winter and 30°C in the summer. The sun shines for approximately eight hours a day and the water temperature is approximately 25.6°C. At least 522 wild plants are known from St. Maarten, divided in 506 seed plants and 16 ferns. St. Maarten’s national bird is the Brown Pelican.

Sint Maarten is one of four autonomous countries that form the Kingdom of the Netherlands (Aruba, Curaçao, the Netherlands, St Maarten). The political structure of Sint Maarten consists of a Council of Ministers, headed by a Governor appointed by and representing the King. The Hon. Prime Minister leads and chairs the Council of Ministers, which is composed of seven ministers. The island is a parliamentary democracy with a 15-member parliament. Members of Parliament are elected for a four-year term.

The economy of the island is solely based on tourism. Sint Maarten receives approximately two million tourists yearly. Following the devastation caused by the hurricanes in 2017, Sint Maarten suffered damages and losses of up to US$1.38 billion, or around 260% of its gross domestic product, destroying homes, schools, the hospital, and restaurants and disrupting the tourism-based economy. Sint Maarten’s growth had rebounded to 5% in 2019, while the country was still rebuilding and recovering from hurricane devastation when the COVID-19 pandemic hit, causing heavy income and job losses.

Sint Maarten developed a National Energy Policy (NEP) in 2014 that aims to mitigate the impact of energy use on the environment while reducing electricity tariffs. The main issues and actions addressed in the policy include moving away from fossil fuels; developing a country-wide energy efficiency program; promoting renewable energy, smart grids, and alternative fuels; and introducing a regulatory framework for the power sector.
There is valuable wind and solar energy resources, and Sint Maarten is also exploring other renewable energy sources such as WTE and geothermal energy.

Sint Maarten is increasingly taking part in EU programmes. So far, it has been successfully involved in Erasmus+, BEST2.0 and Interreg. 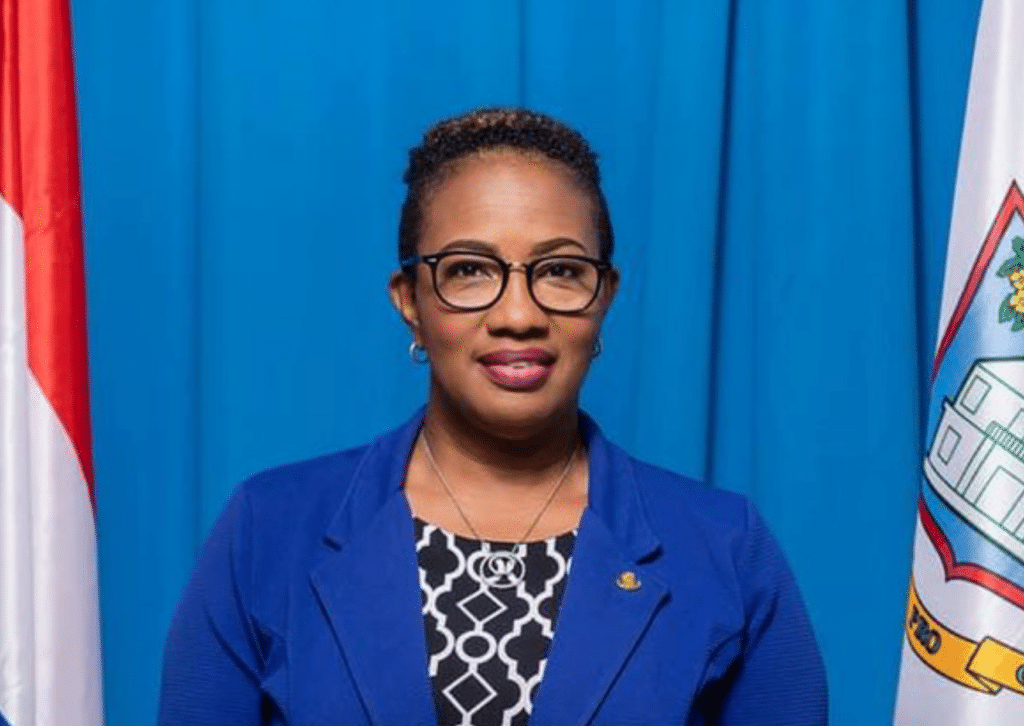 Silveria Jacobs (born 31 July 1968) is the current Prime Minister of Sint Maarten. She is the leader of the political party National Alliance.

Ms. Jacobs obtained her bachelor’s degree in Education from the University of the Virgin Islands in 1991. Between 1992 and 2008, she has served as a teacher and subsequently a student care educator at the Leonald Conner School in Cole Bay; the primary school she attended in her childhood.