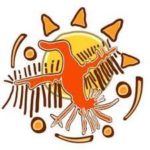 The protected area of National Park Arikok was officially established in 2000. Arikok National Park is a 34 square kilometers (7907 acres) of natural area, located at the north-eastern part of Aruba which contains examples of most of the island’s flora and fauna against a backdrop of great geological complexity. We are proud to state that approximately 20% of the total land area of Aruba is assigned as a National Park, to protect and preserve the flora, fauna, geology and historical remains present within Arikok National Park.

For the management of the park, a dedicated foundation “Fundacion Parke Nacional Arikok” (FPNA), known today as the Aruba National Park Foundation was established in July 2003. In February 2017, mangrove and wetland RAMSAR site #198 Spanish Lagoon was annexed to Arikok National Park due to its importance as a feeding and breeding area for water birds and as a nursery area for a variety of marine organisms. With this addition, the area under FPNA management increased by 70 hectares while the amount of species of flora and fauna to be conserved to over 250. On December 21st, 2018 (AB 2018 no. 77) Parke Marino Aruba – currently consisting of four marine protected areas (MPAs) – was officially established and subsequently brought under management of FPNA.