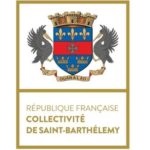 Warning: Trying to access array offset on value of type null in /var/www/vhosts/overseas-association.eu/httpdocs/content/themes/nexa/template-parts/stakeholders/single-details.php on line 29

Warning: Trying to access array offset on value of type bool in /var/www/vhosts/overseas-association.eu/httpdocs/content/themes/nexa/template-parts/stakeholders/single-details.php on line 29
Interreg

The Overseas Collectivity of Saint Barthélemy was established by the organic law of February 21, 2007, and is governed by article 74 of the French Constitution. The island is administered freely by its elected officials under the conditions provided for in the General Code of Territorial Collectivities. Its administration is realized through the functioning of the deliberative bodies of the Collectivity, i.e. the territorial council and the executive council: a method of governance that requires regular meetings to ensure monitoring of our island’s issues.The new government of Saint Barthélemy consists of a territorial assembly of 19 members elected for 5 years by direct vote with universal suffrage. The first territorial council was established on July 15, 2007