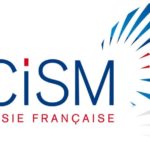 The CCISM is a public institution with a special status placed under the supervision of the Minister in charge of the Economy and managed by elected and unpaid business leaders. The decree n° 1257 of the Council of Ministers of French Polynesia of 4 September 2000 on the organisation of the CCISM entrusted it with various missions and attributions.

The CCISM is committed to representing the interests of the 22,000 companies in Polynesia to the public authorities, to assisting them in their administrative procedures, and to promoting the professional training of company managers and employees. It also has the task of studying, designing, animating and developing the public space in order to promote economic activity.

At the service of local economic development, the CCISM has about fifty employees at the disposal of the 22,000 companies in French Polynesia. In order to offer a local service, their teams regularly travel to the 5 archipelagos of French Polynesia.