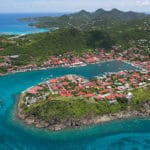 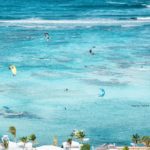 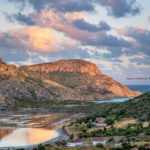 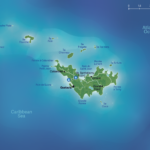 Saint-Barthelemy is located at the junction of the Greater and Lesser Antilles, 230 km northwest of Guadeloupe and 25 km southeast of Saint-Martin.
Its surface area is 21 km2 (25 km2 islets included) and its population 9 793 (2018).

Saint-Barthelemy
in a few numbers 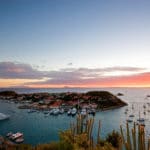 It is an arid land with dry hills of volcanic origin, which hosts rare and mostly thorny vegetation. Its arid and rocky soil does not adapt to agriculture. Beaches are rough and full of coves with fine sand. The East coast, which gets more rain, is a lot greener. There are many flower species such as orchids, alpinias, wild plantains and hibiscus.

The climate of Saint Barthelemy island is maritime tropical. There are two seasons: a dry season called lent from December to May and a rainy season called winter from July to October. Temperatures vary from 27 ° in winter to 30 ° in summer.
Although sunshine remains important throughout the year, rainfall remains a very variable aspect of the climate. However, there are more rains during the cyclone season, which is in the winter. It is during this season that the cloud masses moving towards the east may develop into tropical depressions, storms and cyclones.

The economy of Saint Barthelemy is based upon high-end tourism and duty-free luxury commerce, serving visitors primarily from North America. The luxury hotels and villas host 70,000 visitors each year with another 130,000 arriving by boat. The relative isolation and high cost of living inhibits mass tourism. The construction and public sectors also enjoy significant investment in support of tourism. With limited fresh water resources, all food must be imported, as must all energy resources and most manufactured goods. The tourism sector creates a strong employment demand and attracts labour from Brazil and Portugal. The country’s currency is the euro.

The St Barthelemy Nature Reserve was created to ensure the balance of nature and works in close collaboration with the Community. Its main mission is to raise awareness and, in the field, it fights against poaching and direct damage to the environment.
Saint-Barthélemy’s climate is suitable for the deployment of renewable energy sources. An environmental and energy transition is wanted by the territory, and projects are being carried out in this direction.

Saint-Barthelemy has been successfully involved in BEST2.0 and Interreg Caribbean. 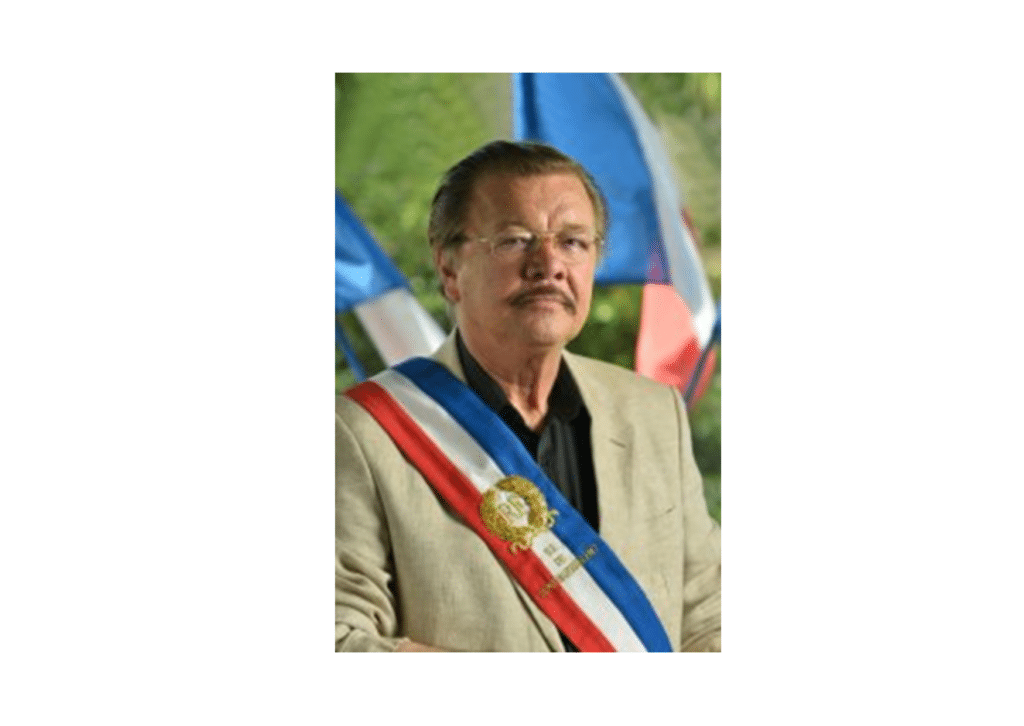 President of the Collectivity of Saint Barthélemy

Bruno Magras (Born 9 September 1951) is the first and current president of the Collectivity of Saint Barthélemy. He is a member of the Union for a Popular Movement since 1995.

On July 15 2007, Mr. Magras was elected as the first president of the Collectivity of Saint-Barthélemy. Before becoming an overseas collectivity, the island was a French commune and part of the Overseas Department of Guadeloupe. Mr. Magras was major from 1995 to 2007. He is additionally the founder of the St Barth Commuter and managed the airlines until 2017.