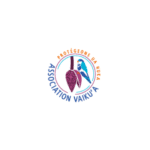 The association “VAIKU’A” was founded in 2014 and works for the protection and promotion of the unique environment of  Ua Huka. As part of its actions, particular attention is paid to:

The actions of the association are financed by: fundraising that it develops itself, the annual subsidy of the Municipality of Ua Huka, and the subsidies granted for projects such as that of the Department of the Environment (DIREN) or the European Commission (BEST 2.0, project nr.2252).